Stars such as Gregory Porter and Marcus Miller, new productions and international premieres, world-renowned artists and young musicians from conservatories, for over 30 concerts in some sites in the historic center of Palermo and at the Teatro Verdura.

And a “winter preview” session at the beginning of the new year which will see Peppe Servillo, Malyka Ayane and Tony Hadley on stage.

The Sicilia Jazz Festival 2023 will take place from the 23rd June up to the 2nd of July, with the substantial “Winter” preview from the 13th up to 28th of January located between the Real Teatro Santa Cecilia, the Ridotto dello Spasimo – Blue Brass and the Teatro Golden, together with the Sicilian Jazz Orchestra accompanying the concerts of Peppe Servillo (13th and 14th January), Malyka Ayane (Tuesday 23rd) and Tony Hadley (Sunday 28th).

The Sicily Jazz Festival is promoted by the Sicilian Region through the Tourism, Sport and Entertainment Department. The artistic and technical consultancy is managed by The Brass Group Foundation. The initiative is also the result of collaboration with the Municipality and the University of Palermo and the all the Sicilian Music Conservatories of the entire regional territory and has the involvement of regional educational institutions as a further objective, local musicians and local workers.

The Sicily Jazz, is the only Festival in the world entirely dedicated to orchestral productions, accompanied by The Sicilian Jazz Orchestra. For the third consecutive year, after the large numbers of the previous last two editions, there will still be space for music in the magnificent setting of the Sicilian capital: a total of over 30 concerts are planned, including 13 orchestral productions including world premieres and together with the excellence of Sicilian conservatories with many young musicians: it will be an opportunity for a healthy and creative mix of sounds and experiences between renowned artists, musicians from different parts of the world, teachers and young talents.

The winter program also includes performances by the jazz departments of the five Sicilian Conservatories: “Alessandro Scarlatti” of Palermo, “Arcangelo Corelli” of Messina, “Arturo Toscanini” of Ribera and the higher institute of music studies “Vincenzo Bellini” of Catania.

Everyone will have spaces dedicated at the Ridotto dello Spasimo – Blue Brass Jazz Club, where all the jam sessions will also be held and open to all students, thanks to the youth orchestras directed and accompanied by the Conservatory Masters. In addition to the live-music moments, there will be several book e video cases shows whose the main goal is to highlight the importance of jazz music as an instrument of artistic and territorial expression. 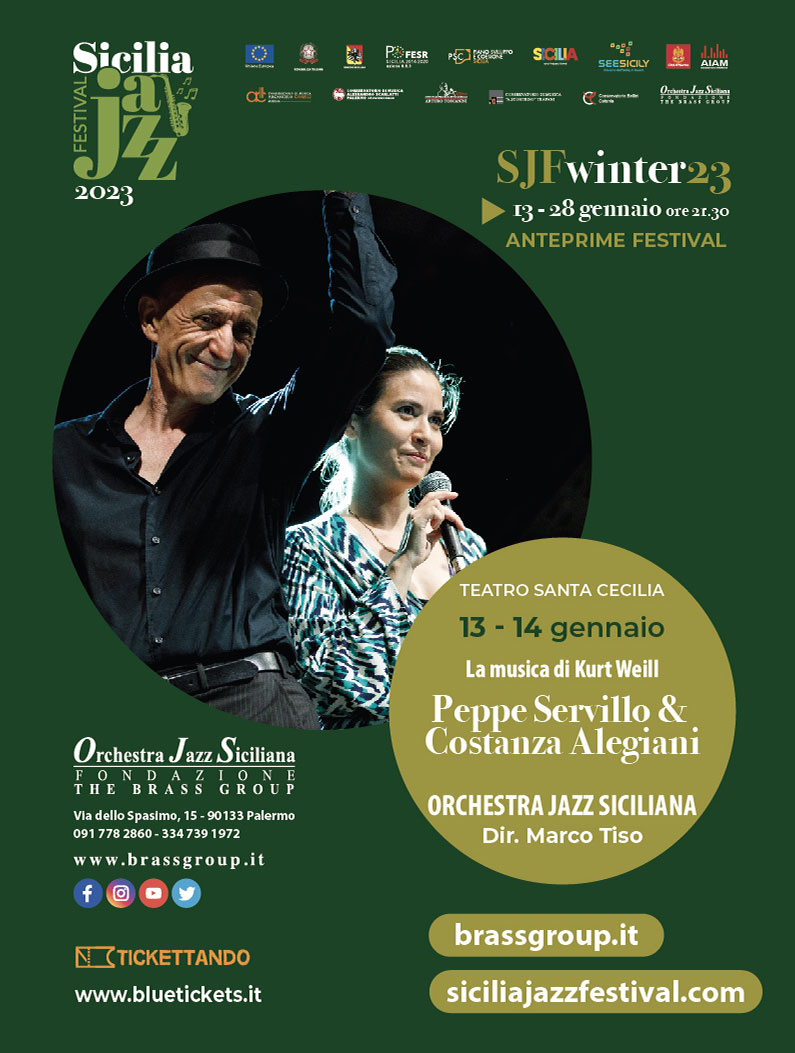 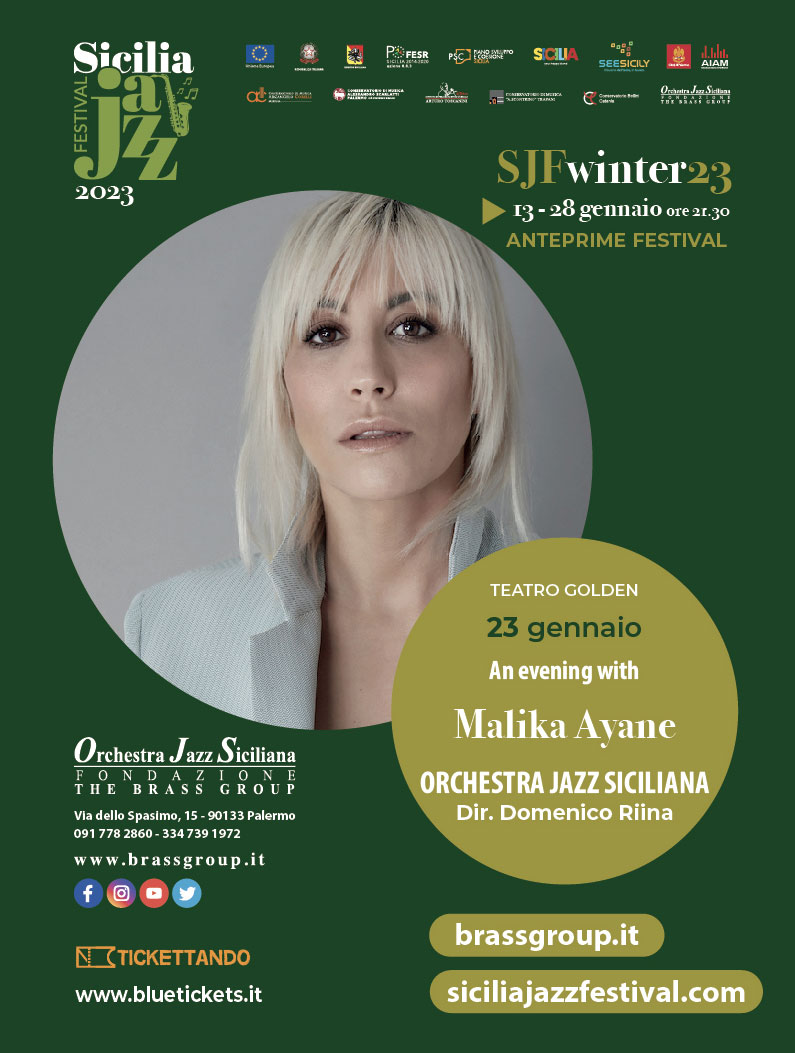 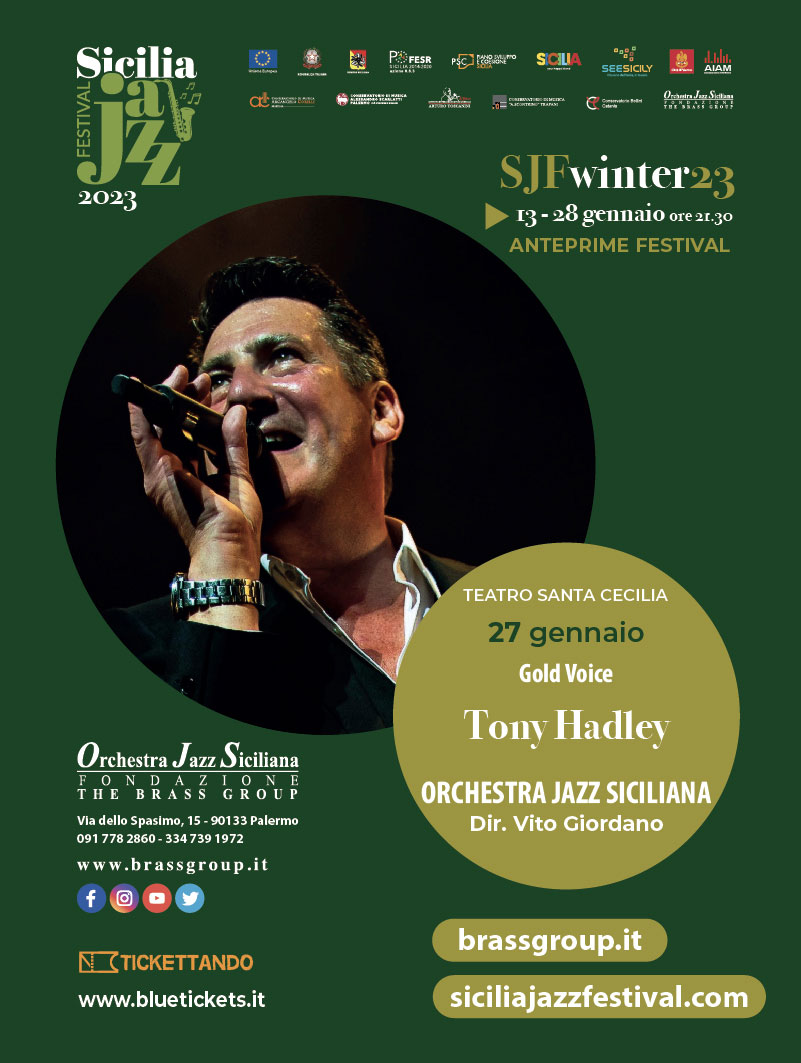 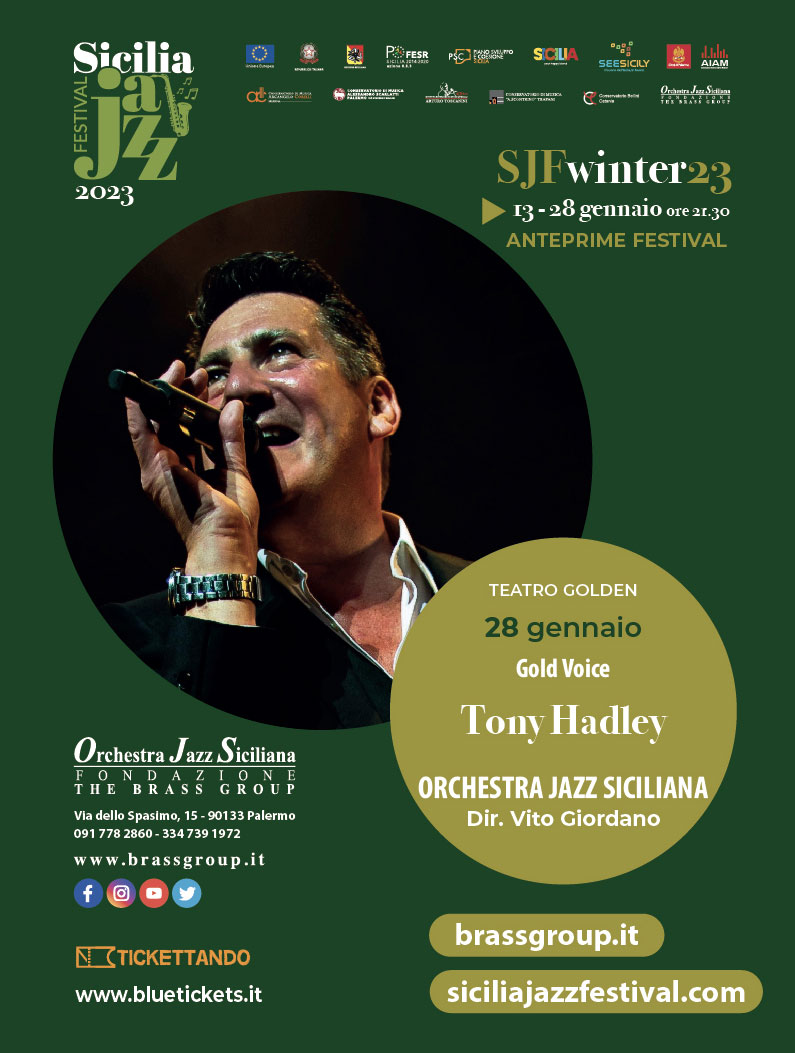